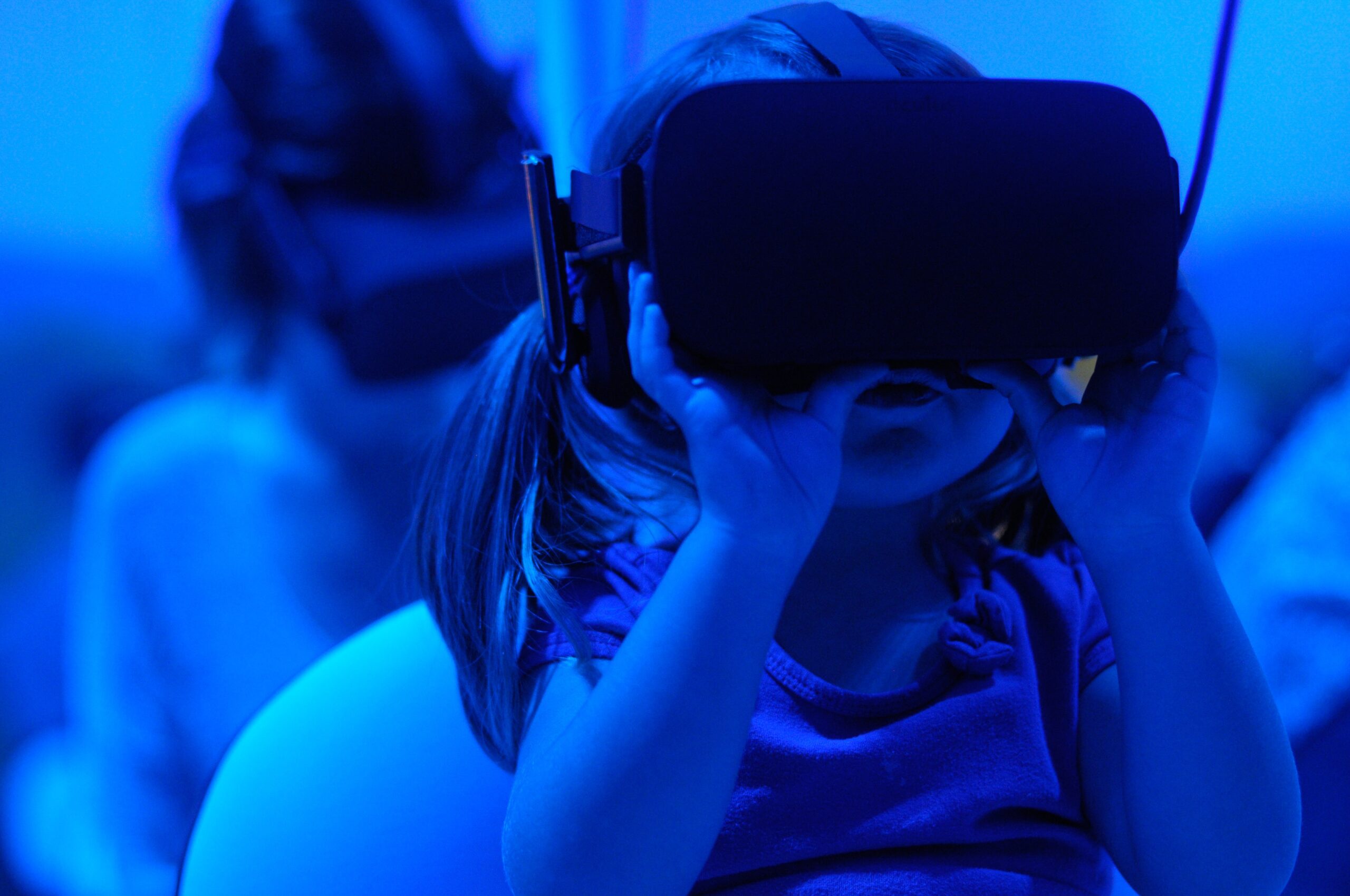 16 Jul Are we experiencing another DOTCOM-like bubble?

Are we experiencing another DOTCOM-like bubble?

There is no denying the buzz and euphoria around technology shares post the March 2020 corona share market crash. The NASDAQ index has risen over 50% from the March lows to a new record high. Robinhood traders and the biggest expansion in the Federal Reserve’s balance sheet in response to the economic fallout from lockdowns has fed the frenzy. The big names like Amazon, Tesla, Netflix, up 73%, 328% and 79%, respectively and reaching new share price highs.

Is the exuberance and frothiness of tech shares just that or a harbinger of bad things to come?

Chartists and technical analysts are quick to jump at shadows like parallel trading patterns in the NASDAQ to flag an imminent crash. But historical comparisons can be misleading. Rarely does history repeat itself exactly, so in drawing parallels between now and 2000, we need to seek out the similarities and contrast the differences. Only then can meaningful conclusions be drawn.

Contrast and Compare 20 years on!

Apples versus Oranges – Looking at the index in isolation belies the changes that have taken place. For those of you who weren’t even born, the late 1990’s was a time of great hope and excitement about the riches to born from the growing internet e-commerce boom. Cheap money, greedy investors, deal hungry venture capitalists, private equity and bankers combined to fuel the establishment of a plethora of e-commerce start-ups that somehow made their way to NASDAQ listing. Researching this article, it became abundantly clear that many of these companies had little to no idea what they were doing, nor did they have a robust business plan or model to sustainably monetise their concepts.

Commentators describe peak madness of the DOT.com boom with what is termed the “DOT.com Super Bowl”. Apparently 14 new internet companies threw US$2 million in advertising spend at the January 30, 2020 Super Bowl with no underlying legitimate businesses to support the spend. In other words, the companies had been built on hype, greed and hope.

The same cannot be applied to today’s tech behemoths and the many tech companies that have been spawned in the wake of the developing information/digital age. Although Apple, Amazon and Microsoft were around in 2000, they have transformed themselves into huge cash flow generating trillion-dollar companies. Apple and Microsoft even pay a dividend. The most hotly contested company Tesla may turn a fourth quarter profit (to be announced on June 22) and enter the S&P 500 in the top 20 largest companies in America. Sure, we can debate the valuations but unlike 2000, barring the end of the world, these companies are not going to collapse. Some may beg to differ re Tesla.

The DOT.com crash was littered with new start-up bankruptcies. The then new internet companies to survive include Amazon, eBay and Priceline and the tech grandfathers like Cisco, Dell and Oracle rode the cycle.

Cashflows – In the late 1990’s and 2000, the world of commerce and finance was fumbling around trying to monetise the internet, using cheap money to invest in business concepts. People argue there is too much cheap money now fuelling the same excesses; what they can’t deny is the exponential revenue growth of many of today’s tech high-flyers. Some companies may choose not to turn a profit as they are ploughing so much capital back into research and development for future growth. No one can contradict the cashflow strength of the NASDAQ winners. The same cannot be said of most the shares listed in the DOTCOM boom which no longer exist.

Secular trends – The secular growth trends in the information age have accelerated and expanded due to the COVID-19 health crisis. Disruption and digitalisation are evident, if not rife across most sectors of our economy; e-commerce, entertainment (streaming), gambling (online sports betting), gaming, finance, banking, payment systems, Med-tech (healthcare) and education. These online platforms are all supported by DATA analytics, robotics, AI, Software- as-a-service; cloud computing, microchips and internet cyber security. There is also a major ongoing transformation of the energy sector (clean energy) and transport sectors (EV’s and expectations of autonomous driverless transport fleets on a SaaS model).

According to Macquarie Bank’s Global Hong Kong based strategist Viktor Shvets in his new book “The Great Rupture” the pace of technological change has never been faster and will only accelerate in the next two to three decades. Profound change is upon us and many of the tech shares that have seen prices rally to new highs will be part, if not lead the monetisation of this change. The strength of their balance sheets, competitive advantage, market power and R&D programmes place them in good stead.

In other words, there is an intergenerational wealth shift from much of the old economy to the new. In Mr Shvets’ language a transition from physical capital to intellectual capital.

Prices are elevated but will the bubble burst? There is absolutely no denying share prices are elevated and in some instances extremely frothy, on any metric from PER to price/revenue and EV/EBITDA. How we measure the value given the future rate of secular change and the embedded COVID-19 impacts remains to be seen. This is the eternal investment dilemma – how much future growth can be baked into the share price?

Considerable analyst research has been devoted to establishing the effects of longer-term trend changes resulting from this pandemic.

The lockdowns have brought forward future revenue streams across many sectors. The trends were already in place, but by necessity for health reasons, change has been forced upon most businesses and communities. According to Macquarie Bank’s consumer lifestyle analyst Paul Golding, global online retail sales have expanded from 15% of the total pre-COVID to 27% post COVID. It is no wonder then that cashless, remote payment systems, e-commerce platforms and all the software, security systems and ancillary remote services to support the accelerated digitalisation have been booming.

Is this as good as it gets? It is only reasonable to question whether these growth rates are sustainable or just a one- off sugar hit. Cisco was the tech darling of the 1990’s and had a parabolic rise in the share price up 94,642% (from 8 cents at the start of 1990 to a peak of $77) until the DOTCOM crash. It remains a large tech player but is no longer ascribed the lofty valuations afforded the high growth companies and has never recovered to its 2000 high. Many commentators are suggesting that today’s high- flyers will for one reason or another go the way of Cisco. That is high growth eventually moves to a more value -based share, as the business model can no longer replicate the growth rates, i.e. the business matures, experiences either more competition or disruption and earnings growth slows.

No one knows the answers, but history is littered with great companies that have fallen by the wayside, look no further than General Electric and Ford. Even the once tech giants of IBM, have struggled as the technology trends has shifted from the importance of hardware to software solutions, excluding the advancement in microchips and the pot at the end of the rainbow, quantum computing.

The runways for many of the current highflyers are not necessarily risk free and clear cut. Even Amazon’s Jeff Bezos questioned the ability of ever larger companies to continue to grow indefinitely. But the pandemic and the worst economic recession in 100 years ironically is providing an opportunity for the strong and the innovative to grow and become even stronger.

Drawing parallels to past stars that have not been able to adapt sufficiently I think belies the ingenuity of some companies and their management to continue to grow and disrupt themselves and change the world as we know it.

Accepting these premises, I suspect depends on your own investment style and disposition to technology. However, trends can last a lot longer than initially anticipated and the rate of innovation is showing no signs of slowing.

On balance, I believe there remains substantial evidence that these trends are here to stay, irrespective of possible treatments and vaccines for COVID-19.

Inflation Risks -The prospect of inflation looms large for the tech naysayers, based on higher interest and discount rates (higher interest rates make it less affordable for the growth companies as the cost of capital rises). Mr Shvets argues again that the winners, even if inflation emerges will not be the physical capital assets but the intellectual capital companies, the Amazons, Microsoft’s etc. Arguably many of the tech companies are price makers at the expense of physical and human capital, meaning ongoing displacement of our old-economy models.

Profit-taking versus an outright crash – Given the stretched valuations and metrics between the value/cyclical shares and the tech sector, any signs of a stronger economic recovery, via a vaccine and/or the well touted ‘V’ shaped recovery, will most likely feed a ‘value’ buying share frenzy. Look no further than the beaten up airlines, travel and tourism shares.

Such rotations can be sharp and violent for those on wrong or the right side of the trade as evidenced in September 2016, when technology and healthcare companies were sold in favour of the reflation trade as it is termed, for cyclical shares like commodities and banks.

Profit taking and momentum trend shifts to value shares does not equal an all-out NASDAQ crash, like 2000. Whilst there might be some casualties if they have weak balance sheets or no earnings and are purely concepts, the majority are not going anywhere. Risks to this view include increased corporate regulation to clip the majors’ wings and break-up anti-trust legislation.

Manage your risk – As always, the only thing we can do as investors is manage our own risk. Meaning if you bought tech shares during the March 2020 sell off you have made great money, upwards of 100% return in some instances. You have three options, sell and book the profit and wait for the next sell down; secondly take some profits (such as the original capital invested) and three ride the capital profits higher or lower (buy the dip) and stay invested for long term secular growth.

Conclusion – Personal experience has taught me the hard way. Don’t sell the tech winners. In 2016 when everyone thought the NASDAQ was a bubble, I bought Amazon during the Brexit selloff at around US$700. Today Amazon is stronger than ever, and the shares have more than tripled to over US$3000. We don’t have a crystal ball, but we can manage our risk. I remain invested for the long haul, but I also have cash on the sidelines for a pullback.

The key to growing real wealth over time is being able to differentiate when great change is at hand and discern those shares that are the winners, not the me-too copycats on a hot secular trend.

Not all shares will cut the mustard over time.

As with all share investing, it takes time to understand the businesses and discerning the real long- term winners as well as timing when sometimes shares are just too hot to handle.

This was written on Wednesday July 16, 2020 and represents only the views of Danielle Ecuyer, Author of Shareplicity. The Author holds or has held some of the shares discussed in her SMSF. Please read the disclaimer attached.